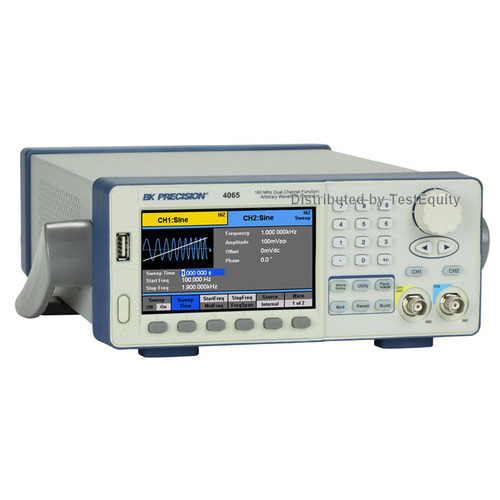 The standard external 10 MHz reference clock input and output allows you to synchronize your instrument with another generator. Additionally, the phase of both output channels can be synchronized conveniently with the push of a button.

Included: Getting Started Manual, User Manual on CD, AC Power Cord, USB Interface Cable (type A to type B), and Certificate of Calibration.