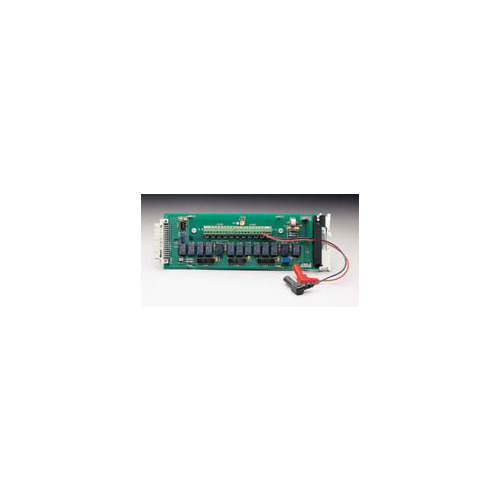 Keithley Model 2001-SCAN Scanner Card is a high speed multiplexing scanner card developed for the Model 2000, 2010, 2001, and 2002 DMMs. This card transforms your meter into a high accuracy, high speed ten-channel datalogger for a variety of mixed-signal applications. Two high speed solid-state channels on the card allow calculating ratio and delta when it's installed in the Model 2001, 2002, or 2010.