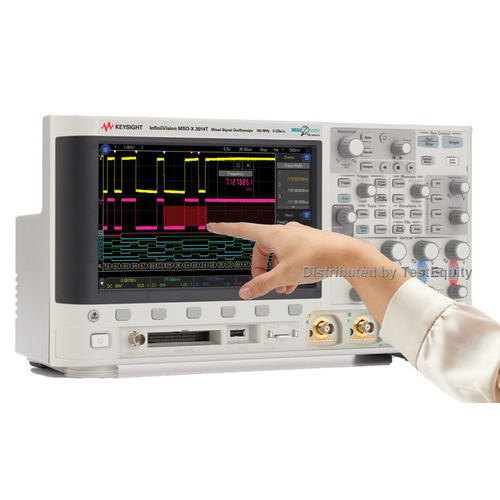 Keysight 3000T InfiniiVision X-Series oscilloscopes offer our high-end technology in a smaller form factor, with an extremely intuitive touch user interface. With an industry-leading waveform update rate, you can capture elusive glitches and anomalies not possible on other oscilloscopes. Combined with our extensive set of software options and probes, the 3000T X-Series enables you to make measurements you can count on.