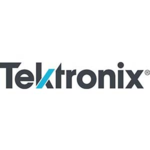 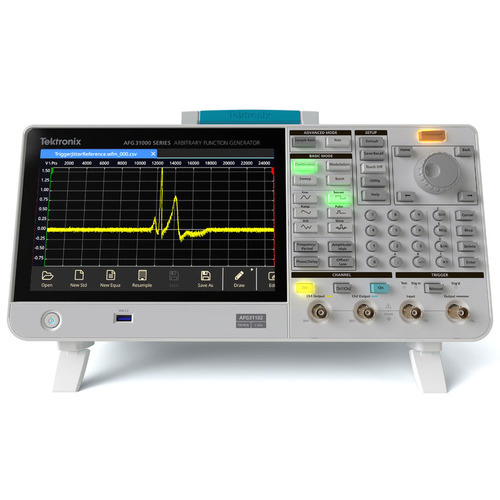 Redefining the Arbitrary/Function Generator
The Tektronix one-channel, 50 MHz AFG31051 is a high-performance AFG with built-in arbitrary waveform generation, real-time waveform monitoring, and the largest touchscreen on the market. Providing advanced waveform generation and programming capabilities, waveform verification, and a modern touch-screen interface, the new AFG31051 is sure simplify the job of researchers and engineers.

Basic and Advanced Modes
The AFG31000 series can operate in full-function Basic (AFG) or Advanced (Sequence) modes. In Basic mode, the AFG31051 generates traditional functions and arbitrary waveforms. The touchscreen and front-panel controls make it simple to set up. Basic mode lets you change frequency without the need to worry about waveform length and sample rate. This feature is useful in analog designs that characterize filter/amplifier frequency responses or in digital designs where clock rates change frequently.

Advanced mode provides the ability to generate multiple waveforms with complex timing. In this mode, you can compose a list (or a sequence) of 1 to 256 waveforms, with total waveform length up to 16 Mpts/ch (128 Mpts/ch optional) and define the ouput sequence of these waveforms. Repeat, go-to, wait, jump, and triggered events are all supported and the large memory provides space to store many waveforms or long waveforms. This feature is very useful in applications where many test cases need to be performed sequentially. Instead of loading the test cases one by one, you can put all of them in a sequence and load at one time, switching from one to another seamlessly to greatly improve the test efficiency.

Additionally, Advanced mode uses variable sample rate technology. Every sample in a waveform is output once and only once in each cycle, synchronized to the sample rate. Since there is no skipping or repetition, all details in the waveforms are kept. This feature is very useful for applications in which signal fidelity is extremely critical, such as IΩ modulation and pulse train generation.

A large touch screen and smart user interface
The large 9-inch capacitive touch screen displays all related settings and parameters on a single screen. Similar to smart devices, you can tap or swipe to easily select, browse, locate and change settings and parameters. Frequently-used functions are immediately accessible. Familiar buttons and rotary knob controls are available for more traditional navigation.

Simplified multi-unit synchronization
Most applications need one or two channels of output, but some applications require more channels. For example, in order to simulate 3-phase power signals, engineers often need to synchronize three 2-channel generators; one for the voltage and current on each phase. To do this used to be time-consuming, as it required many cable connections between the AFG units, and making changes in deep branches of the menu trees on all instruments.

Built-in ArbBuilder tool makes creating and editing arbitrary waveforms easier than ever
ArbBuilder is a built-in application on the AFG31000 series that lets you create and edit your arbitrary waveforms directly on the generator — without a PC. You can create arbitrary waveforms with the Equation Editor tool or start from a library of standard templates. Thanks to the large capacitive touch screen, you can drag, pinch and zoom to get the detail you need.

You can quickly replicate real-world waveforms captured with oscilloscopes or created by third-party software by loading CSV format data files directly into ArbBuilder from a USB memory stick.

Applications for the AFG31051 include: